Fourteen talented scientists at the University of Groningen and the UMCG have each received a VENI grant of up to 250.000 euro’s from scientific research backer NWO. Astronomer Vibor Jelić (32) is going to look 13.2 billion years back in time.
By Anne Carlijn Kok

What was the first thing you did when you were awarded the grant?

‘I called my wife, but she did not answer the phone. I tried a few more times and then decided to share the news with my friends. Finally, she called me back after half an hour.’ 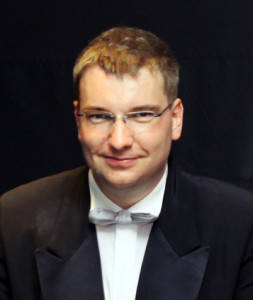 What is your research about?

‘My research is about complicated radio emission from our own Galaxy, which obscures the first stars in the Universe. I will study this Galactic ‘fog’ by using the world-leading radio telescope LOFAR and computer simulations. The novel capabilities of the LOFAR will allow me to map Galactic emission with exquisite resolution and sensitivity. This will then lead to the first detail study of Galactic emission below 250MHz. Computer simulations, on the other hand, will help me to constrain and understand the physical processes and parameters of this observed emission.’

Why is it so interesting?

‘It will allow us to clear the view towards the early childhood of the Universe and see 13.2 billion years back in time. This important period in the history of the Universe is called the Epoch of Reionization. It holds the key to structure formation and evolution of the Universe we know today, but at the same time represents a missing piece of the puzzle in our current knowledge of the Universe. We still do not know: What did the first stars in the Universe look like? How strong was their radiation? And how did their radiation destroy matter in their surroundings, mostly neutral hydrogen atoms?’

In about three years I will have discovered…

‘We will have a better understanding of the peculiar radio emission of our Galaxy and have a clear picture of how fast moving electrons interact with magnetic fields and plasma in our Galaxy. This knowledge will then help the LOFAR radio telescope to be the first in probing the Epoch of Reionization. Science and serendipity go hand to hand, so don’t be surprised if some other interesting discoveries happen. ’

Why are you a scientist and not, for example, an entrepeneur?

‘To join captain Picard on a mission to explore space, time and beyond.’

‘All my colleagues gathered together’

‘The least I owe them is a big party’

‘I was welcomed with roses and a meal’