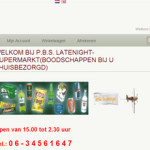 ‘Sometimes I don’t feel like drinking, but then that changes …’ says Olvah Alhamid, a 23-year-old Master’s student of Human Resource Management. By 10 p.m. most stores selling alcohol are closed, and those still open sell at scary prices or may be too far away. Why risk the cold, rain and prices that could give one a heart attack when there’s PBS Latenight? The online store and delivery service not only offers affordable alcohol, but also a selection of other food and drink. While explaining, Olvah stumbles trying to pronounce ‘broodje’ and laughs.

There’s a catch though! ‘On weekends the drinks finish up fast, so you have to order earlier’, Olvah says. 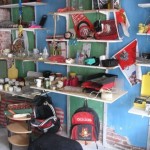 Mamamini is widely known to international students. There was even a Mamamini party in Moesstraat earlier this year. But who has ever heard of De Weggeefwinkel? Located on Grote Beerstraat 206, this store beats Mamamini by simply giving away everything it has. From furniture, paintings and books to clothes and utilities, there’s a variety of items available … for free!

Surprisingly, it hasn’t yet run out of stock. While many come and take, many others come and donate their belongings to be given away. Volunteer Liz Zwaga (24) muses, ‘I like how surprised they are when they see something they like and ask “I can just take this?”’

Liza came to know about De Weggeefwinkel through her network of friends, who are involved with squats and human rights movements. She explains how the give-away store came about: ‘The idea isn’t new, but there was nothing like it in the north of the Netherlands anymore, so my friends decided to give it a try. It’s been open for a few months now. One can visit De Weggeefwinkel every Wednesday and Friday from 1 to 5 p.m. or volunteer there every Tuesday afternoon. 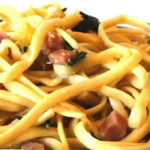 Cooking at home can be tiresome, but eating out can be expensive, especially for large groups. If you’re interested in non-Dutch food, it’s almost guaranteed to cost more … almost always, that is! The exception is Wah Hing, a restaurant on Oosterweg 74, near the Winschoterdiep student house. Here, one can enjoy Chinese, Indonesian and Antillean cuisine. Its best deal, in terms of both quality and quantity, is its € 10 ‘Menu’, which can easily feed 4-6 people. Comprising of egg rolls and two large dishes, it’s truly worth every penny. 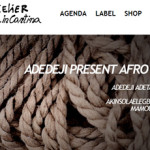 Its managers were hesitant last year when asked to be interviewed by RUGnews. It’s the sort of behaviour you’d expect from an underground jazz club; better yet, it adds to the mystery of the place. Atelier Il Sole in Cantina’s legal status is questionable (one gets the impression that they’re hiding from the authorities), but two things that aren’t up for question are the quality of their bands and the charming atmosphere.

During concerts, it draws a small but eclectic crowd. The beer’s cheap, the people are nice, and the music is very good, if you’re into jazz (especially experimental jazz). The audience sits on the floor as the band plays less than a metre away from the front row. There’s an intimacy to its setting that one rarely finds elsewhere. There’s also a bathtub in one of the rooms; no-one bathes in it, no-one explains why it’s there, one can only assume it’s part of the décor.

Located on (or under) Haddingestraat 16, it’s somewhere everyone should go, at least once. In short: It’s where Nicki Minaj fans should go to get saved. 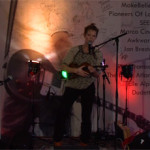 Located on the Griffeweg 4, Silo Sessions has been described as a unique opportunity for musicians and artists. ‘It’s a place to open your heart’, Liz Zwaga says. While relatively unknown to international students, Silo Sessions has already existed for two years.

It’s hosted in an old silo, and is held 6 times a year. Many of the sessions are free, although for some tickets are required. And when there aren’t any Silo Sessions the building serves as a lunchroom known as Silo Today (silotoday.nl).

For those looking to enjoy music away from the usual commercial venues or perform their own music, Silo Sessions is an interesting option to look into. Among their latest acts is VanderLinde, which has received critical acclaim in the Netherlands and Germany. Silo Sessions’ Wall of Fame is just waiting to have an international student’s name on it. The next Silo Session event is scheduled for January 2014, during Eurosonic Noorderslag.

The best way: to get a date

The best way to buy furniture