Life in the city of a thousand minarets

A few weeks ago I found myself at Schiphol saying goodbye to my loved ones, ready to leave for Cairo. For the next four months, I will be studying Arabic at the Netherlands-Flemish Institute Cairo and experiencing life in the biggest city of the Middle East. I can already tell you that Cairo, in many ways, is the opposite of Groningen. The noise, the overwhelming amount of people and the dirt make Groningen seem like a city that always sleeps.

Especially as a blond woman, Cairo is a very overwhelming city in the beginning. I was warned not to wear anything too thight, too revealing or too provocative, which actually made it quite easy to pack my bags – almost everything I own seemed inappropriate. In Groningen, it is not a surprise to people when they see you walking around in your onesie dressed up like a bear/tiger/whatever the theme of the party is. Unlike Groningen, it does matter what I wear in Cairo, but people stare at me anyway.

As my friend Heba Khaled told me yesterday, ‘Of course people stare. To them, you are weird’. Not many people see a foreign girl walking the streets of Cairo every day. Egyptian people love to engage, both with each other and with foreigners in particular. There definitely is a beauty to this, although it is also the reason why excessive staring, waving and winking is not an uncommon thing in Cairo. While in Holland, I often feel like an anonymous part of the crowd. Here, most of the time, I feel like some sort of rare tropical bird in a zoo. 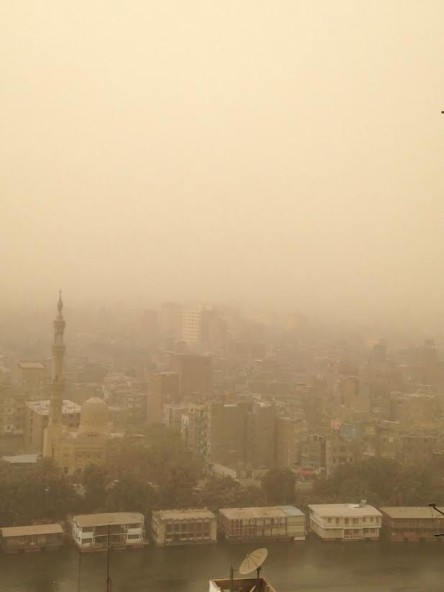 Heba was also the one to tell me that staring can be divided into two categories: the first and the second stare. The first stare is the initial one and its time frame should not be underestimated. It is quite easy to interpret the first stare as something pretty awkward and even uncomfortable, but it really is nothing more than curiosity. The second stare is the one that means the difference between curiosity and harassment.

Sexual harassment has always been a big issue in Egypt. As I spoke with Nouran Sleat, I learned that the issue has become socially accepted. When someone is actually being sexually harassed, excuses are often made for the harasser. The issue has increased even more after the 2011 revolution. During the Tahrir days, sexual harassment peaked but it remained an issue on a very vast scale afterwards. Now, many people feel like the government doesn’t care and there are no authorities that take issues like this seriously. A lot of initiatives have popped up like Harass Map (a network that maps places where sexual harassment takes place) that work to make sexual harassment socially unacceptable by convincing bystanders to step up and change the atmosphere in the streets that tolerates this behavior.

Overall, Caireen people love to engage and I don’t easily go around unnoticed, but it’s exactly that fact that made for a very warm welcome to this city in the past few weeks. Of course you should be smart in a city like Cairo and not go out on the streets alone at night, especially not Downtown (Tahrir area). But definitely not all of the staring is meant to be harmful. For now, I am more worried about the traffic and the cockroaches than the staring. 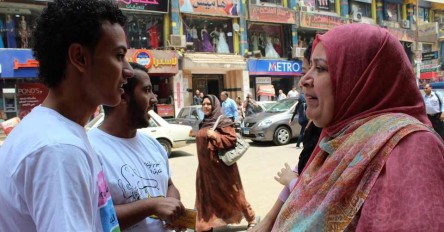