Wim T. Schippers goes back to the past

Wim T. Schippers selected almost exactly the same items from the University Museum’s depot for the museum coordinated by De Wereld Draait Door (The World Keeps Turning) as he did for an exhibition he curated 12 years ago. This year’s exhibit will open to the public on Friday.
By Christien Boomsma / Photos by Steyn van Antwerpen / Translation by Traci White

Can you stick a stuffed sea gull from the University Museum in Groningen on to an ancient Greek sail in the Allard Pierson Museum? It turns out you can’t, as Wim T. Schippers discovered when he began curating an exhibition for the pop-up museum initiated by De Wereld Draait Door (DWDD). They must have thought that it would be disrespectful or something, because it’s not as if the stuffed seagull could cause any damage.

‘Oh well. I’m just here to serve’, he says during a preview of the exhibition which will open on Friday to the general public. ‘And besides, that has gotten people talking about it. That may not have happened otherwise, so I’m also happy about that.’

As one of the guest conservators of the DWDD museum, Wim T. Schippers lost himself in the depots of the University Museum over the past few months. On Thursday, it became apparent that his selection was nearly identical to what he chose for his exhibition on the occasion of the reopening of the Groningen museum back in 2004. 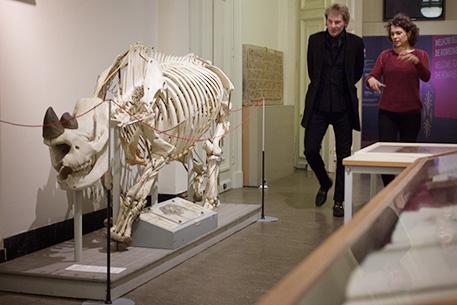 The rhinoceros skeleton – Fritzi – is standing in the corridor and stuffed seagulls, which were part of the research by the famed biologist Gerard Baerends, are scattered about on special shelves that have been screwed into the walls. One of the birds has a cell phone in its beak and is perched atop a very old computer – that is the property of the University Museum, so that was no problem for the gull. Why the cell phone? ‘I just like it, I can’t explain why’, Schippers says. A little while later, he adds, ‘In that cell phone, there’s more computing power than in that whole computer.’

Another familiar item is the paper mache practice model made by ‘fake cadaver builder’ Louis Auzoux in 1845, complete with models of the muscles and blood vessels of the human body. In the exhibition, it’s situated between classic Greek statues. ‘The bodies have the same proportions’, Schippers says, gesturing toward the sculptures. ‘Look at the proportions. No one looks like that! They’re idealised images, just like the model.’ 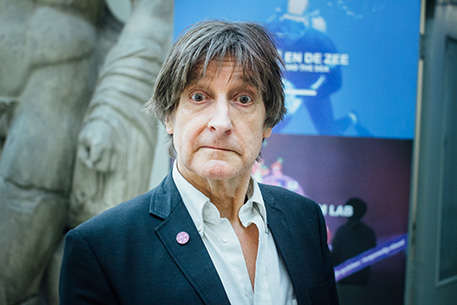 By positioning the artworks alongside the practice model, Schippers hopes that people will see them in a new light. ‘If everything is neatly organized and everything makes sense, you quickly forget it. But now, it will make you think.’

Even the musical staircase is making a comeback, albeit more discretely than in 2004. Now, there are only a couple of musical steps and the brightly coloured lights have been done away with. ‘I had a lot of leeway back then to do whatever I wanted with the objects, but that’s not the case now’, Schippers says. ‘This isn’t my exhibition.’ 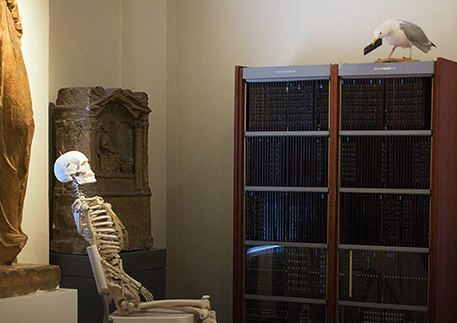 Jan Waling Huisman of the University Museum taps Schippers on the shoulder. One of the lines in the Ames room – a space that plays with your sense of scale – isn’t exactly right. One of the walls which isn’t supposed to look crooked, does. And in just over eight hours, the education minister Jet Bussemaker will be in attendance at the official opening of the museum. 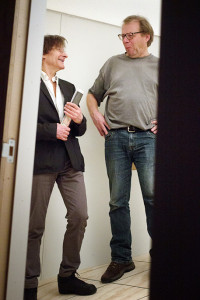 He inspects the lines with Schippers and gets to work. ‘The other conservators are just hanging up some paintings,’ he says with a sigh. ‘They’re lucky.’ Still, ‘this is all fantastic, of course. This level of publicity is something you would never get otherwise.’