Integration via a pub crawl

Several Dutch student organisations hosted an integration night on Monday to give international students the chance to get to know a social world that is somewhat hidden to them. More than 100 students joined in the sold-out event.
By Valia Papadopoulou

‘I think it is amazing that so many different student associations with different backgrounds are working together to make this night happen’, says Wieke Stolwijk, vice president of the Albertus Magnus student organisation.

The evening amounted to a sort of pub-crawl across the city. The night kicked off with drinks and a pub quiz at Troubadour, where students were placed in groups to answer four rounds of questions, some of which were quite challenging, related to TV series, music, geography and Dutch culture. 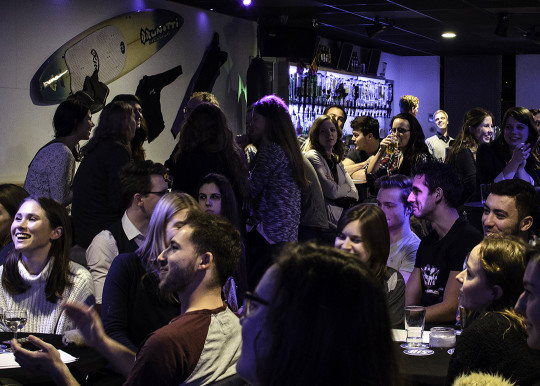 Another round of drinks and dinner followed at Navigators, where students had the chance to get to know each other better over a meal. Despite a short power shortage, students seemed to enjoy it. The night continued with a Beer Cantus – basically singing while drinking beer – at Dizkartes. The musical accompaniment was a prelude to karaoke at Lola’s, and the night ended with beer pong at Albertus and even more drinks.

Barbara Schneider, a 19-year-old student from Brazil, had only heard stories from her Dutch friends about their student life, so she decided to take part in the integration night. ‘I think having the chance to participate yourself is completely different from getting to know about it by others. So far, I had a great night.’ 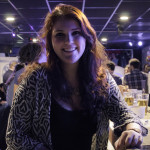 Although she had a good time, she would still hesitate to become a member of a Dutch student organisation. ‘Since the majority of the members are Dutch, they would probably speak their native language all the time and that would make it difficult for me to integrate. If there were more English speaking people I would probably sign up’, she says.

Albertus Magnus, together with SIB, ESN, AEGEE, SOG, NSG and Dizkartes, formed the organisational committee for the integration night. Representatives from several of the associations took part in the evening’s events to inform students about what they stand for and their upcoming events as well.

Stolwijk also believes that Dutch student organisations are still a bit unknown to foreign students and therefore may seem a little weird to them. ‘I think the integration night gives international students the opportunity to get to know how Dutch fraternities function and understand the Dutch culture a bit’, she says. ‘We are open to all international students. However, as we are an old Dutch organisation, I don’t think we would ever become an international one.’

A similar weeklong event has been held over the past couple of years, but the associations opted to organise an integration night to welcome international students this year instead.

Curious about what it’s like to be an international member of a Dutch student organisation? The UK will be publishing a story about that phenomenon in the coming weeks.