Dozens of international students from the University of Groningen are falling prey to identity theft.'Shocking', the University says.
By Peter Keizer

More and more international students have been seeking advice from the International Service Desk (ISD) since the summer. They have been faced with demands to pay back thousands of euros in tax allowances after criminals stole their identity to cash in housing benefits or health insurance.

‘They really don’t know what’s happening to them. They don’t have the money and have no idea what it’s all about. They’re really panicking. Recently we had three in one day’, says Marco van der Vinne from the ISD. He alerted the municipality of Groningen, the Dutch Tax and Customs Administration and the police. 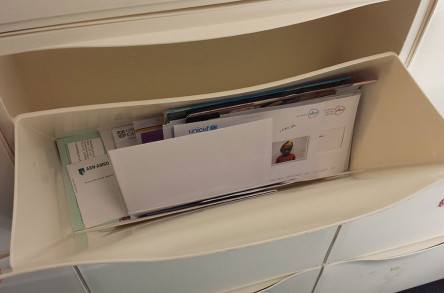 Letters are easy to steal at the Winschoterdiep student house

Non-European students and researchers are being targeted in particular, according to Van der Vinne. ‘We’ve had about 30 come to the office. However, it’s quite possible that there are more victims, but we don’t know yet.’
Most of the victims are from the Duindoornstraat, Esdoornlaan, Kornoeljestraat and Winschoterdiep student houses. ‘We suspect criminals steal the students’ post, for example their personal record sheets from the municipality with personal details and Citizen Service Numbers, which everyone who enlists at the municipality receives. Those big student houses often have common postboxes, which makes it easier for criminals to steal letters. After that, they apply for allowances with a ‘DigiD code’, says Van der Vinne.

Earlier this year, the same thing happened to a group of 23 Dutch students. Thieves applied for new DigiD codes (used for all password-protected parts of government sites) and stole the envelopes containing the activation codes.

‘As soon you apply for an allowance you receive it. However, after a year the Tax and Customs Administration checks whether you have filed your tax return. International students never do that though, because they have no income and they are hardly ever entitled to housing or rental benefits’, Van der Vinne says.

The University refers the victims to the police and the Tax and Customs Administration office at the Kempkensberg. They also send them to the legal aid office. ‘Often big amounts are at stake, €3,000 or more. They have to work really hard to make sure they don’t have to pay back the money.’ 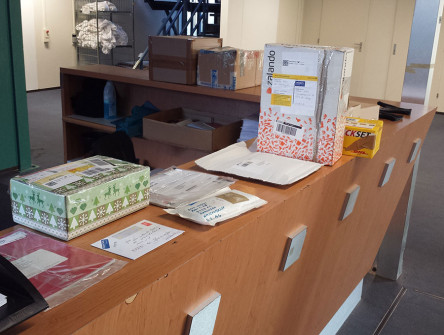 Postal items up for grabs

Police officer Matthijs Beukema, who specializes in student issues, is aware of the problem. ‘Many complaints have been filed, especially by students from the Hoendiep student flat. They are being investigated.’
The Tax and Customs Administration is also aware of the problem. ‘It’s a hot topic, but officially we aren’t allowed to comment, because The Hague office handles that’, an employee says.

At least one international student received a letter from the Tax and Customs Administration, stating that fraud had been established. ‘You have not applied for these allowances. Sadly, we have not been able to prevent this. We are sorry for what happened and have taken measures to make this kind of abuse more difficult. Sadly, it’s not always possible to prevent this.’

Municipality spokesperson Johan Dijkema wasn’t aware of the fraud. ‘We are legally obliged to send personal record sheets to new residents. We know it’s not hard for thieves to get hold of them. However, you’d still need a DigiD to apply for refunds, which means you’d twice have to steal from a postbox. That seems highly unlikely to us.’

Van der Vinne talked to his colleague at the Hanze University of Applied Sciences about the problem. ‘They are aware of it too. It’s shocking and the students are scared shitless. The experience stays with them and that’s bad publicity for us. That’s why we thought it was high time to sit down and talk with the municipality and the tax office.’