What's happened in week 40? Fraternity pledging down, an app showing free spaces in the UB, go/no go delayed and more.
By Mina Solanki and Traci White 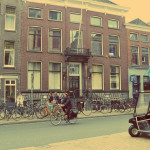 While the number of students joining associations rose nationwide, pledges decreased in Groningen. The new study loan system could be the reason for this, as students have less money and may choose to avoid joining an association due to the costs that come along with it. 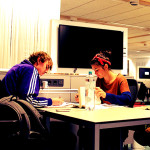 SOG wants the existing UB app to show students if there is study space available in the popular University Library. Every student who enters the building will be automatically registered, and those numbers will be visible through the app. The app already shows how many PCs are in use.

SOG says searching for workspace is a waste of precious studying time. The board and the UB are open to the idea. Gateways should be installed at the UB later this year, after which only visitors with a pass will be granted entrance. 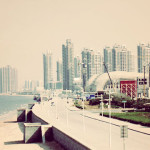 The 19th of October was to be the go/no go moment for the university board to decide whether to go ahead with the sister campus in Yantai. This date was a target and not a deadline: the decision can only be made once certain promises have been fulfilled, says president Sibrand Poppema.

Namely, Poppema wants it on record that Yantai will contribute 40 million euros. Only then will they begin the dialogue with the province of Shandong and subsequently send a request for the campus to the ministry of education.

RUG out of Elsevier top three 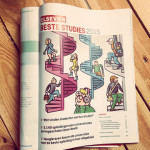 The RUG is fourth in the list of the six universities with the most satisfied students. Of the 60 bachelor degrees at the RUG, 13 were judged positively, 35 were deemed average and 12 received a negative assessment.

Around 700,000 students were asked for their opinion of their study via the National Student Survey. Elsevier also surveyed professors who were more critical about the RUG. The RUG scored well in business studies, biology and chemistry, and the university is ranked second after Amsterdam for ‘bars and culture’. 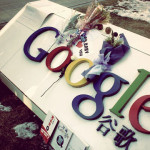 Google and Google Apps for Education, which the RUG relies upon, are not available in China due to censorship. The RUG is looking into getting access to the internet through the Netherlands, thus allowing all sites to be available on campus, says president Poppema.

The University of New York does this at their campus in Shanghai by using a Virtual Private Network (VPN), although China is increasingly blocking VPN services. According to Poppema, academic freedom will be guaranteed on campus, but the rules of the Chinese society apply off-campus.

‘We can judge ourselves’ 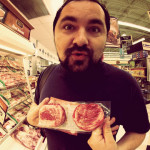 Advisory councils of all Dutch universities want minister Bussemaker to end external evaluations of universities. Institutions say the evaluations are too time-consuming. Bussemaker aims to launch a pilot wherein several schools assess themselves, but some staff members want it to be a full fledged programme straight away.

Chairperson Job Cohen calls for more autonomy for schools, saying that a lack of trust in institutions has led to complicated agreements being made between the government and universities. The councils are also in favor of schools deciding for themselves how to spend money made available through the new student loan system.

According to Science Guide, conservative-liberal VVD party MP Pieter Duisenberg personally asked student members of the RUG university council not to vote in favour of the board of director’s plans to participate in the experiment with institutional accreditation.

Despite the conversation, there was no pressure put on them, Teunis Dokter of Lijst Sterk says. The parties nonetheless sent a letter to the ministry expressing interest in institutional accreditation, meaning no more inspection from outside groups. The university board does not have an opinion on the contact issue. The democratic D66 party is also against the plans for institutional accreditation. 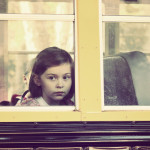 Anti-bullying programme KiVa works, according to research by professor René Veenstra. Children at KiVa schools were verbally bullied less frequently after one to two years and the children valued friendship more highly, but physical bullying did not decrease. Control schools in the programme also improved, possibly due to the deaths of Tim Ribberink and Fleur Bloemen in 2012, both of whom were victims of bullying.

At KiVa schools, bullying decreased by two-thirds. The programme was part of a national action programme, ‘Onderwijs Bewijs’, which tests experimental education programmes, and the shortlist of Nederlands Jeugd Instituut which researches anti-bullying programmes.