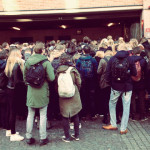 Long queues of students stood outside the chockfull UB waiting for a spot last weekend. Lijst Calimero plans to propose to the university board that faculty libraries in the city be kept open at weekends in exam periods while the UB renovation is underway.

The library is currently being renovated to create more study spaces; however, when it is finished, there will still only be 2,200 spots, less than ten per cent of the total number of RUG students. The renovation is on schedule but won’t be finished for a year, thus space problems will persist. 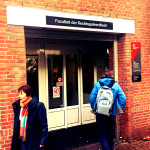 Starting next academic year, the law faculty will be in the negative. The long-term budget projects a deficit of more than a million euros annually up until 2019. The faculty is not making cuts to staff and financial reserves are being used to cover the deficit.

If the money promised by minister Bussemaker won’t be available in a few years’ time, there is the risk of a severe intervention. In 2019, the faculty expects to have 2.6 million euros in reserves, all of which will likely be needed for relocating to the public library building. 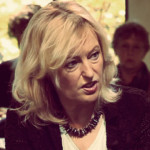 Education minister Bussemaker says rejecting students with a GPA of 6 for master degrees is not a problem. Progressively more master’s programmes are selecting students on the basis of their grades, including the RUG’s movement sciences master. The Faculties of Economy & Business and Mathematics & Natural Sciences also want to introduce stricter requirements.

Bussemaker sees this as a way to challenge students to choose their master’s degree conscientiously. According to Bussemaker, every bachelor student should have the chance to study a master’s degree, and the education minister will not hesitate to act to ensure that is the case. 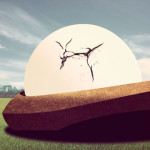 A taskforce researching the future of Infoversum concluded that the impoverished 3D-theatre is not commercially viable. The municipality does not want to invest more money and assumes that it will not be repaid the 2.5 million euros it loaned to the theatre, but they are prepared to cooperate on other solutions.

Infoversum’s business plan was too optimistic, according to the taskforce. Turnover is lower and staffing costs are higher than predicted. The 3D theatre should attract 260,000 visitors per year, but only attracted 40,000 in its first year. Edwin Valentijn, founder of the Infoversum and professor of astronomical information technology, left the board this summer. 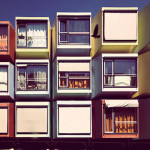 Residents of the container apartments on the Damsterdiep started a campaign with the Socialist Party’s youth group ROOD to improve their accommodations, calling for new mechanical traffic barriers that would make the complex emergency vehicle-accessible and seeking a solution for the damp and mold problems.

Following a meeting with Nijestee, the exterior of 140 out of the 200 units have been insulated, but the remaining 60 units were not renovated because they were built on municipal property. The traffic barriers have been replaced and the bike sheds now have automatic doors.