All students in Groningen face similar challenges and opportunities during their studies. But the RUG’s financial aid system wasn’t always the same for Dutch and international students – until now.
By Traci White

The RUG has recently made it a little bit easier for international students who find themselves multitasking to balance their studies, their activities outside the classroom and their personal lives.

As of this academic year, all students – regardless of nationality – who are delayed in their studies due to participation in a council or board connected to the university, being an elite athlete or experiencing force majeure (circumstances beyond their control, such as illness or a death in the family) have been eligible for more support from the RUG if they fall behind schedule.

Students are now entitled to financial aid for the duration of their bachelor (or master) plus one additional year. Previously, students who got knocked off track for graduation for such reasons were eligible for financial aid of 285 euros per month for up to three months per academic year. For a bachelor degree, that meant nine months in total.

While Dutch RUG students in the upper echelons of their sport – such as Olympians Epke Zonderland (gymnastics) and Rogier Blink (rowing) – have had financial support to help keep up with their course load from the university since 2013, that was not the case for internationals until this academic year.

From now on, student athletes from outside the Netherlands can apply for a grant of up to 2,000 euros per year that they are enrolled at the RUG.

For Sofie Lovdal, a Finnish student in the computing science bachelor programme, the grant made studying in Groningen more attractive. She is a top athlete in track and field, specifically the 3,000 meter steeplechase. Back home, she is a member of the national youth athletics team and in 2013, she came in sixth place at the European Championships in the under 23-years-old category.

Sofie initially studied at the RUG as an exchange student last year, and while the financial aid wasn’t the deciding factor to become a regular student here, it certainly didn’t hurt matters, either. 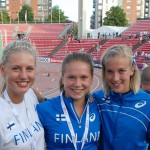 ‘These kinds of scholarships make a really big difference’
‘It gives a really good financial bonus. There are quite some expenses involved with athletics’, Sofie says. ‘If you constantly have pressure from school that you have to put way too much effort into it, your athletic performance is going to suffer.’

The funds cover expenses connected to her training, including equipment, travel and medical support. ‘These kinds of scholarships make a really big difference’, she says.

Even with the extra support, Sofie still admits that dividing her time between studying and training is ‘a constant balancing act’. ‘I am also doing my bachelor in four years, which makes it more manageable. But you constantly have to plan and share the overall workload so it doesn’t get too stressful in any way.’

‘All nationalities have the same’

Managing the workload is a challenge for student members of councils and boards as well. While it was recently proposed that board members should be able to remain enrolled without paying tuition fees during their board year, that is not yet in effect.

It’s also true that international students on councils and boards were technically already covered by the existing financial aid policy, but the difference is that the rules now include them by name.

Board and council members can apply for a board grant worth 694 euros per month for up to six months, whereas students who are members of other recognised organisations receive 444 euros.

Jonah Thompson, a British student member of SOG in the University Council, says that while the new ruling is a good thing, it doesn’t directly impact him personally. ‘We’ve always had the same amount as any member on the council; all nationalities have the same. It doesn’t effect how many months you get.’

Although the financial status is the same, Jonah believes that international students have a different approach to extracurricular activities than their Dutch counterparts. As non-Dutch students, they are paying higher tuition fees, which gives them more incentive to incorporate being a board or council member into their schedule rather than letting it cause delays. 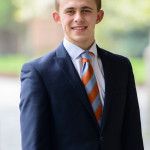 ‘For an international, having these extra three months hanging off the end of your study is really impractical’, Jonah says. He believes that the new wording of the rules could motivate future council members, since they have reassurances that they won’t face financial challenges if they are indeed delayed.

Even though internationals may be more motivated to stay on schedule, Boris Kyuchoukov, a Bulgarian student member of Lijst Calimero, says in no uncertain terms that council membership is demanding all the same. 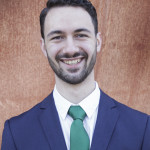 ‘I personally spend an average of 35 to 40 hours per week working for Lijst Calimero, but this amount can be somewhat larger during the weeks when council meetings take place’, Boris says.

‘It requires a certain level of discipline and dedication to stay on top of everything that happens within the council, and completing a study next to this can indeed be a challenge.’