Goodbye to an old friend

For international students, the relationship with their bike is short but sweet. Shortly, many students will have to say goodbye to their trusty bikes as their time in Groningen ends. It’s time to sell.
By Traci White 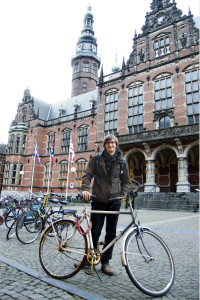 Daniel He, psychology student. Bought: €75 through Bikes in Groningen. Selling: €50

‘The day I got my bike I was enjoying biking around in Groningen so much that I had the spontaneous idea of going to the seaside by bike. I asked two friends to join me, so we drove to the seaside on a sunny afternoon in August just for a cold beer, a piece of Groninger koek and the view of the Wadden Sea from the top of a dike.’ 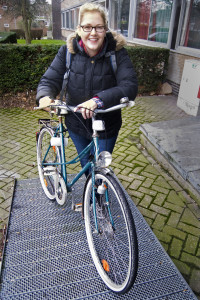 Biking with an umbrella

‘My neighbor wanted to throw this bike away, but my dad repaired it so I could bring it to Groningen with me. I came here for one weekend and I saw the bike prices at the beginning of September and I thought, ‘Okay, maybe I’ll just take the old bike with me.’ I even learned to bike with my umbrella. It’s a shame that if you put your bike into the racks, there’s always someone who’s going to rip something off your bike because it’s really narrow.’ 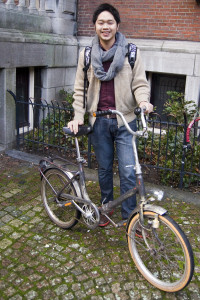 ‘This is my second bike, actually. I bought my first bike from an ESN sale in front of the Academy Building in August. It broke down and I spent €60 just to have it fixed – first the wheel, the chain, and then the gears. Some of my friends asked me: “Where did you get it?” But they didn’t know it was breaking down slowly.’
Finally I decided to sell it; it was too costly for me. My second bike I bought for €40. I’m not sure if I will sell that one now, I really liked the biking culture here in Groningen. I’m going to Germany for my second semester so if my dormitory or flat is near the university, I could probably just bike. It’s an old thing, but still functional.’ 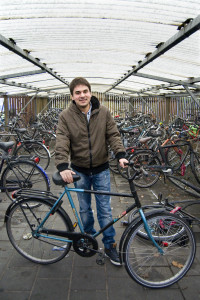 ‘It needs some repairing now, but that’s all my fault. I fell from it a month ago when I got into a bike crash. In spite of that, I enjoyed riding it and it was a good experience to see Groningen. You get to feel a bit of the Dutch bike culture because they’re famous for bike riding. I found it really hard to arrange meetings anywhere without it. It’s just impossible to make an appointment with someone without a bike, so I got one after four days here.’ 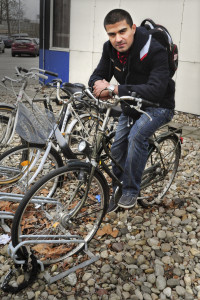 In the rain to Zernike

Ronny Alberto Atoche Maceda, theoretical physics student. Bought: €110 from a bike shop. Selling: €40
‘I have some bad memories. Once I biked 45 minutes in the rain to Zernike and got all wet. In Peru we only ride bikes for sport. I like this bike though; I can bike very fast on it now because it has three gears, which is special for a Dutch bike. I can arrive at Zernike in 15 minutes now. I’ve put some friends on the back of my bike and in that case it’s very hard to bike, but I can do it.’