Gatsby is bombastic and over the top

The Great Gatsby, the movie adaptation of F. Scott Fitzgerald’s masterpiece which is currently showing at Pathé in Groningen, is certainly entertaining. However, if you’re familiar with the original story, it can’t do much else than disappoint at times.
By Welmoed van Dijken

Irene Visser, lecturer in Modern Literature, was annoyed with some of the scenes. ‘Parts of the movie are far too emotional and sentimental, while the book is actually quite subtle. When the character of Gatsby is introduced, literally with fireworks, he’s so bombastic. It’s over the top.’ 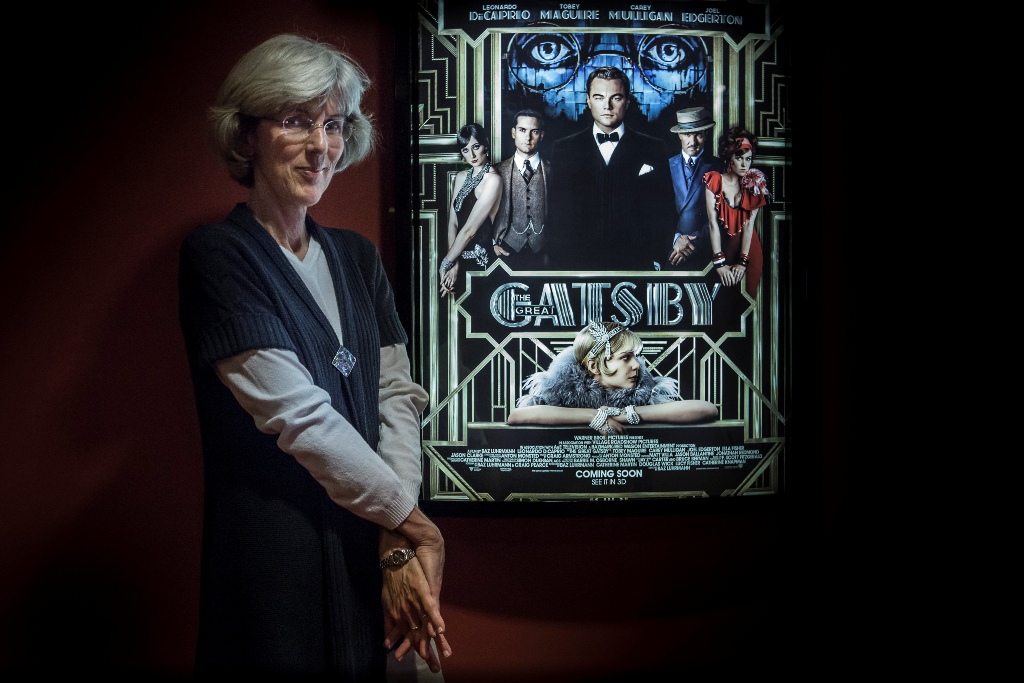 The Great Gatsby is about Nick Carraway, who rents a small country house close to New York during the Roaring Twenties. It is here that he meets Jay Gatsby, a man of extreme wealth – yet no one really knows how he got his money and the strangest rumours surround him. He owns a palace and throws extravagant parties, but he really purchased the property in order to be close to Daisy, the woman he loves and lost.

Visser thinks the portrayal of the 1920s was only partly successful. ‘On the one hand, it provides a great portrayal of a period of incredible economic growth, including the contrast between people with “new money” and those with “old money”. Gatsby is accused of being a circus act, with his pink suit and elaborate parties, which are beautiful to watch. At that time, people with “new money” were considered tacky by the old aristocracy.’

‘On the other hand, both the actors and the director are trying so desperately to revive the Roaring Twenties that they actually miss the boat.’ Occasionally, it feels like you’re part of the 1920s, but then a moment later it’s gone. ‘They use modern music, but that didn’t bother me so much. I think it was the 3D effects and the fast cars. They’re far too contemporary to really portray the 1920s. The 3D effects weren’t necessary at all.’

Even though the movie sometimes takes a different approach to the book, Fitzgerald’s work isn’t ignored. If you’ve just read the book, you’ll notice that some of the actor’s lines are echoed in The Great Gatsby. ‘The characters aren’t especially interesting people in themselves. Most of them are filthy rich and superficial. However, the story is so moving and Fitzgerald put so many double meanings in his book that you can talk about it for hours. It is difficult to put all those layers into a movie, though.’

The 2013 movie isn’t the first adaptation of the book. The most famous one so far is the 1974 version, starring Robert Redford. ‘It’s almost the opposite of this one. It’s much calmer.’

You can argue whether or not this version is a good adaptation. Still, even though the fireworks when Gatsby emerges were extreme, his portrayer, Leonardo DiCaprio, deserved them. ‘He virtually carried the movie. At some point, Carraway pays Gatsby a compliment, stating that he is “worth a whole bunch of them”. This is the case for DiCaprio as well.’