Fourteen talented scientists at the University of Groningen and the UMCG have each received a VENI grant of up to €250,000 from scientific research backer NWO. Biologist Alex Pigot (29) studies the origins and causes of biodiversity.
By Anne Carlijn Kok

What was the first thing you did when you were awarded the grant?

‘I found out I was awarded the VENI at our annual department bbq, while I was doing my postdoc in Zoology at Oxford. Luckily it was one of those rare British days when the sun was shining and we were all outside enjoying a beer. It was the perfect time to get such good news.’ 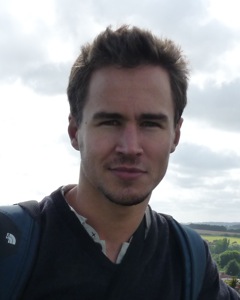 What is your research about?

‘The kinds of questions that drive my research are: why are there so many species on earth and why are most species concentrated in a few special places, like tropical rainforests? These are old questions, dating back to at least Darwin, but until recently we have lacked the tools to crack these questions. Advances in molecular sequencing technology and the culmination of decades of taxonomic collection efforts now mean that we can pinpoint hotspots of diversity and examine species evolutionary relationships at an unprecedented scale and resolution.’

Why is it so interesting?

‘The sheer diversity of life  – there are estimated to be between 5-10 million living species – is one of the most intriguing but poorly understood aspects of biology. For instance, we still lack answers to some of the most basic questions, such as whether there are limits to the number of species the earth or any given place can support. Whether we are at this limit and if so what processes regulate diversity over evolutionary time. The inherent value of biodiversity and its importance for human society is being increasingly recognized, but in order to effectively conserve it, we have to understand how this diversity arose and what processes maintain it.’

In about three years I will have discovered…

‘During my VENI I am going to tackle these questions, focusing on the spectacular radiations of birds, mammals, amphibians and reptiles on the island of Madagascar. This fragment of Africa has been isolated for millions of years. It represents a world in miniature, where I hope to develop new insights into the limits to biological diversity and what sets these limits.’

Why are you a scientist and not, for example, an entrepreneur?

‘Sometimes I’m not sure. The relatively short contracts and the constant pressure of publishing and applying for grants can be difficult. However, the thing that keeps me doing this is the thrill of those rare moments of discovery. Such as the moment when, what had previously been only a jumble of disconnected and vague ideas, suddenly crystallizes in your mind. Or, the excitement of plotting your data after months of work and revealing for the first time a new pattern in nature. Even though these personal steps are usually small and infrequent, and may even seem completely obscure to others, I’m not sure that any other job could give me the same level of satisfaction.’

‘All my colleagues gathered together’

‘The least I owe them is a big party’

‘I was welcomed with roses and a meal’